For my birthday, my favorite aunt sent me a package full of fun surprises including sewing supplies!

The fabric on the left will be perfect for my rainbow project: 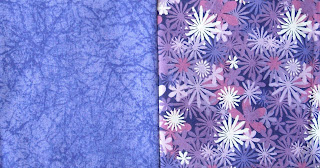 I was most excited about these awesome pins:

I previously owned no decorative pins, and I had no idea they came in so many cute shapes! You can see them modeled on my new pin cushion!
Posted by Sam on Tuesday, April 26, 2011 0 comments

Email ThisBlogThis!Share to TwitterShare to FacebookShare to Pinterest
Labels: fabric

Whenever I am quilting, my scissors always end up on the floor, so I've been wanting to make a holder for my scissors for the side of my sewing machine table for a while now. When Amanda sent my birthday present wrapped in a little metal candy tin, I immediately knew it would be my repurposed scissor holder. I used Mod Podge Puzzler Saver, which I conveniently had on hand though I've never used it, to cover it in a scrap of fabric and then glued on the ribbon to finish the edges. It then occurred to me that I could avoid the same problem with my pin cushion by making a flatter one to attach to the side of the sewing machine table. Fortunately I had a conveniently shaped tin on hand for such a project, along with coordinating ribbon and fabric! 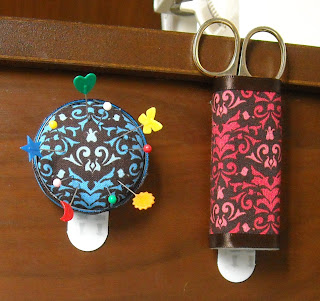 They don't stick out very far:

In 2009, I had my first taste of beer bread, and it was delicious! It was a Tastefully Simple mix. I had never heard of Tastefully Simple. Earlier this year, one of my co-workers invited me to her Tastefully Simply party and I knew I needed to get some of the beer bread mix. In the mean time, someone had emailed a beer bread recipe to one of the listservs I'm on, so I decided to see how it compared, since it would be nice to have a more cost effective substitute. Then I came across a recipe online for a two ingredient beer bread so I decided I'd try that too. Over the last month I've baked (and eaten!) a lot of bread!

This is one of the Tastefully Simple loaves: 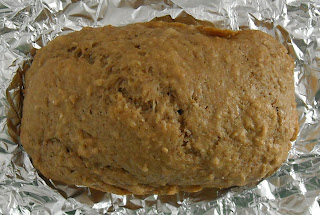 This produced the nicest loaf shape. It was the sweetest and had the softest crust.

These are the beer and self-rising flour loaves: 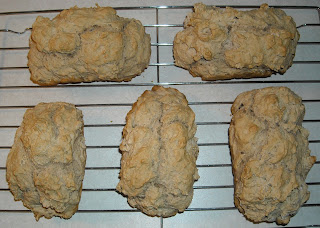 This recipe produced a salty loaf with crusty crust. 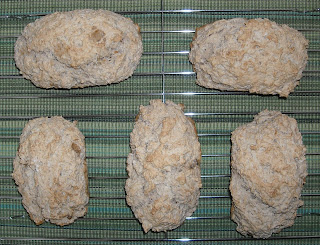 One of my friends made a version of these Bakerella cake balls a while back and I decided they would be perfect to turn into mini basketballs for the NCAA championship game tonight. UNC is out, so I don't really care about the tournament anymore, but I decided to make the balls anyway since we needed to have treats for the new person who started in our department at work today. They do not look particularly attractive. Here's a close up of one of the tidier ones: 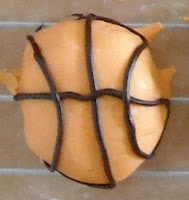 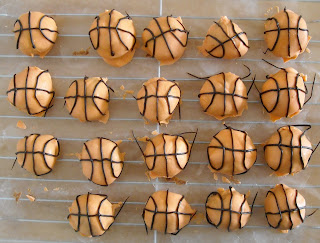 The recipe yielded 47 balls and my bag of orange candy melts covered 21 balls. The bag probably would have covered 1-2 more, but I over microwaved the first batch and burned it. I was going to cover the rest in regular chocolate, but we taste-tested the 2 badly covered ones and decided they were not that tasty, so I decided it wasn't worth the effort and threw out the rest. Of course, we don't really like cake. Fortunately, everyone one at work who tried them thought they were tasty. After considerable research on my options, I used brownie topping to create the lines. My primary consideration was that it dried solidly so I could transport them to work easily.
Posted by Sam on Monday, April 04, 2011 0 comments