It's so cute and tiny! These are scraps from my radial rainbow mini quilt. I was going to use them for the back of the quilt, but when I came up with a better idea, I still wanted to use them.

I finally brainstormed an idea for turning my orange crazy nine patch blocks into a quilt top. I made 18 3.5" blocks which will be used for the top and on the back.

Julie sent me some new pictures of Tyco and Cleo enjoying the quilt I made for her: 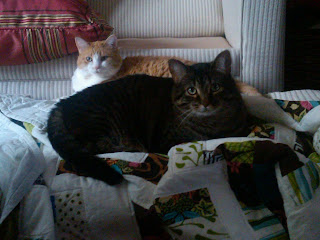 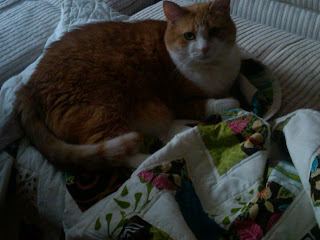 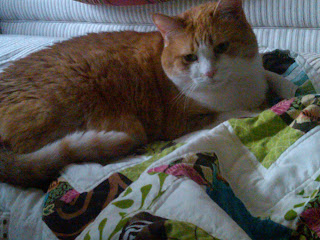 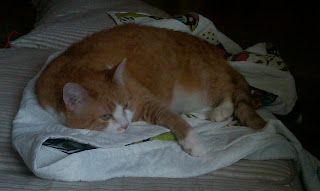 Cleo is quite comfy.

ETA - Tyco did not agree with the decision to put the quilt away: 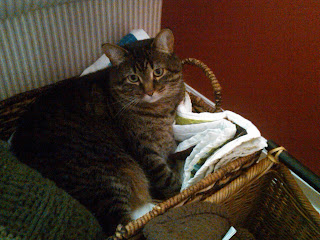 Another decoration for my office. I decided I needed something more colorful to complement the owls. This one also has a bit of sparkle. I added some gold glitter glue to coordinate with the butterfly. It's only 9.5" square, so I still have quite a bit of wall space to fill. 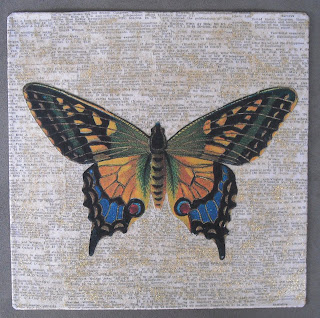 I decided I wanted a less bulky camera case for my travels this summer. Since it's for traveling, I thought this airplane fabric was appropriate, and colorful! This is the first padded pouch I've made. Each side has two layers of cotton batting, so it was a bit difficult to turn, but it should cushion the camera nicely. 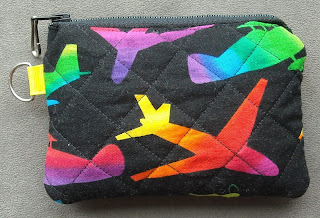 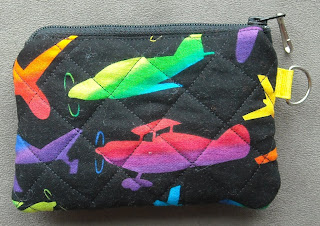 It's considerably slimmer than the other case: 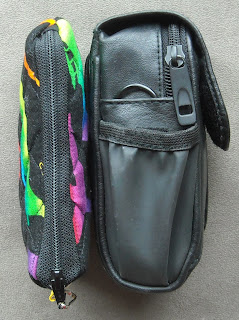 I got the image for this quilt in my head while working on rainbow mini quilts #1 and #2. 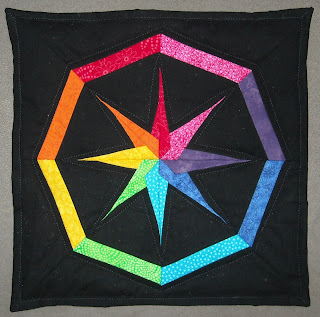 I am amazed at how well it turned out. I was very afraid the intersections wouldn't line up at all. It turned out exactly like I imagined it: 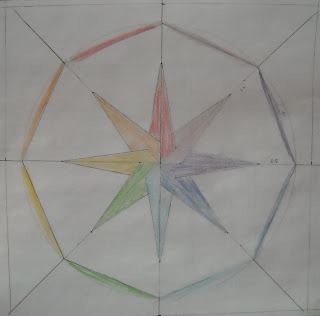 It wasn't until after I had finished it that it occurred to me to add some color to the corners, but by then I was nearly out of these scraps anyway. I considered cutting it into an octagon instead of a square but decided not to.

I finished the front but then could not decide what to do on the back that would be suitably match the front. Three weeks later, the solution popped into my head: 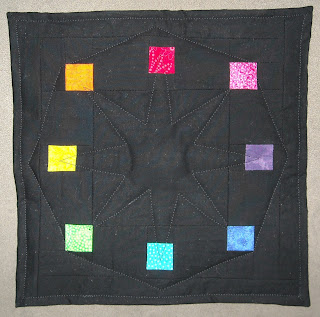 I would have liked a nice scrappy and colorful border, but I used up the very last of the purple on the back. The purple square is actually pieced from a longer, narrower scrap.That's the risk of working with scraps.

It was so pretty I just had to take some in progress pictures: 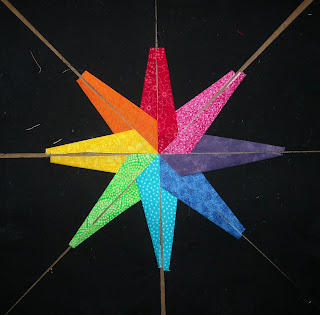 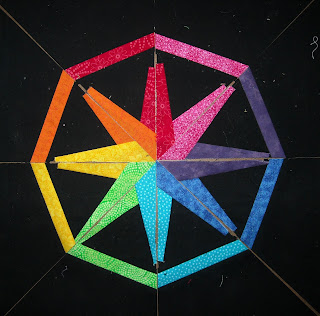 How I assembled it: 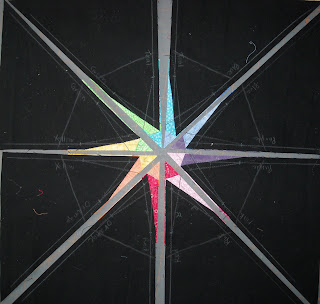 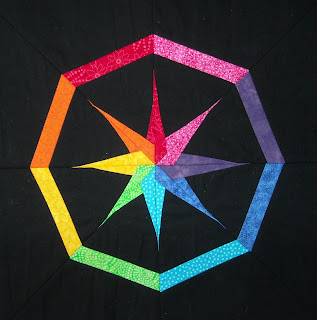