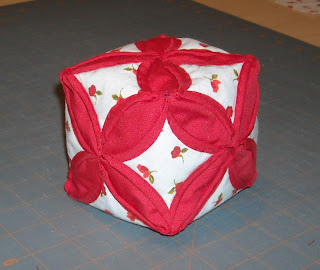 Step 1: Make 6 Cathedral Window squares. I used this tutorial. There are plenty of others on making Cathedral Window blocks, so we'll start off with the blocks already assembled. Lay them out in a pattern that will form a cube: 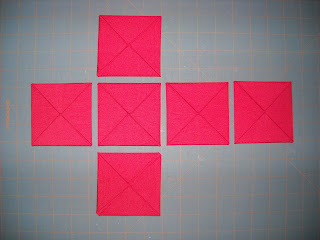 Step 2: Sew the blocks together. 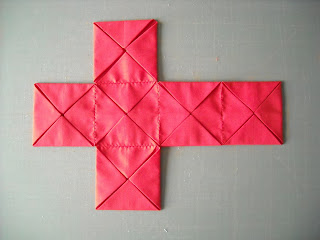 You can use a whip stitch or a running stitch. You won't see the seams once the second fabric is in place. 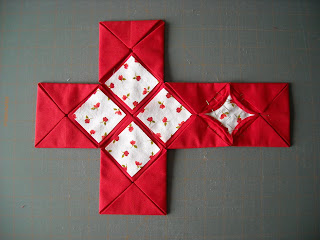 Close up of pinning: 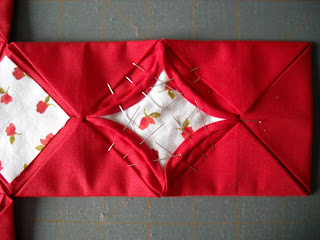 Step 4: Now that the first set of windows are sewn in, we'll start assembling the cube shape. 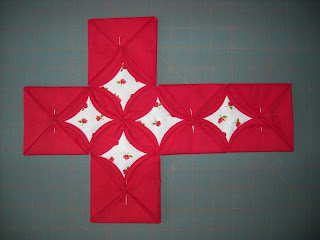 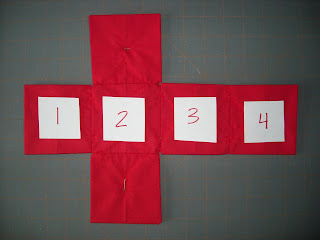 Fold the left side up to create the cube. In this example, 2 will become the bottom of the cube, and 4 will become the lid. (Numbers are for demonstration purposes only; you don't need them.) 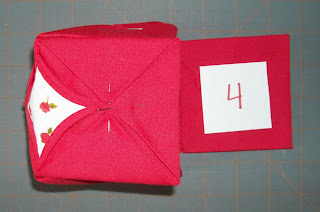 Here the sides are pinned together so it will sit upright: 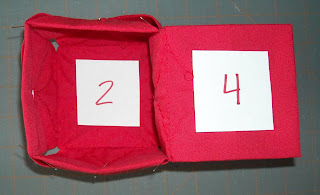 Step 5: Sew up the seams that were pinned in the previous step and then sew in the windows. Rather than doing all the seams at once, I did a seam and then a window to make it easier to work with. 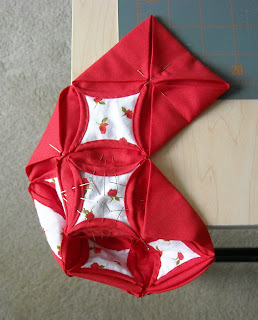 Step 6: Stuff the cube. I used scraps of quilt batting cut into squares to help maintain a cube shape. 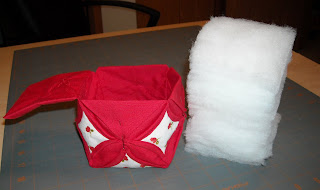 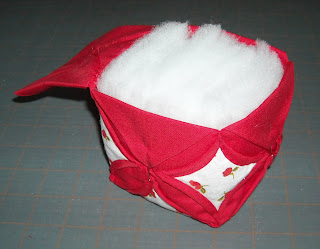 Step 7: Sew the lid shut and sew in the window. 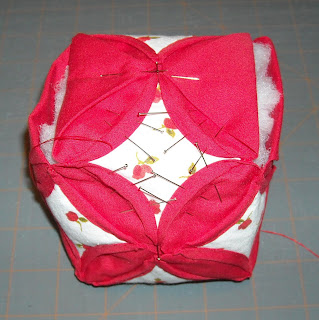 Step 8: Sew the last two seams and windows. Sewing them one at a time makes it easier to handle. 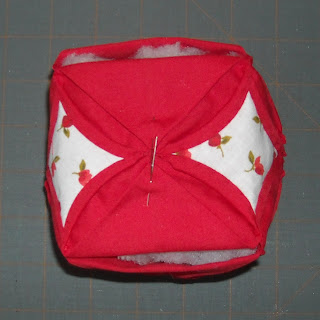 Now you have a complete cube! 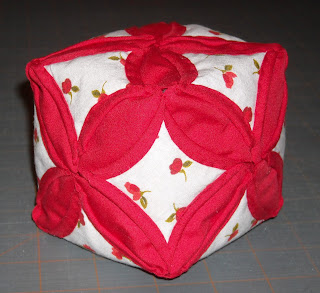