Our new library director created a new department, so we've been moving offices at work. I am part of the new department, and as it turns out, the new department is going to be located in my current office. My old department is moving down a floor, and they took all the decorations with them! The walls were completely bare. Based on their current offices, I didn't think my new office mates would have much to contribute in the way of wall decorations. Fortunately, while recently decluttering the apartment, I had come across two 8.5 x 16" metal posters I had stashed in the back of a bookshelf. I was going to donate them but decided they would be recycled into office decorations. Conveniently, we are also weeding quite a few books to make room for the relocation of my old department, so I grabbed one from the recycling pile. 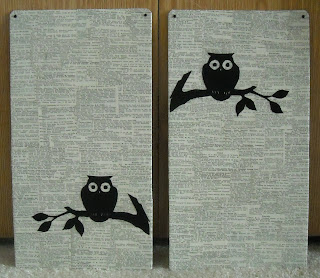 I decided an owl would be a cute and appropriately bookish graphic to complement the book pages. I had never used Mod Podge before except for the small bottle of Puzzle Saver I used for my scissor holder because I happened to have it on hand. I ended up using half an 8 oz. jar. First I watched the tutorial videos at Mod Podge Rocks, which were very helpful. I used matte Mod Podge and am very pleased with the results.
Posted by Sam on Sunday, May 29, 2011 0 comments

Mother's Day and my mom's birthday are both in May. These are the cards I made for her this year using a cute little tea pot graphic I cut out of a bookmark and some coordinating stickers: 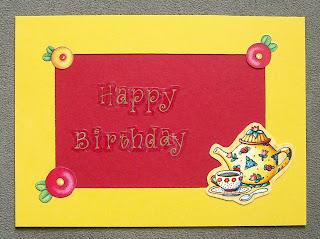 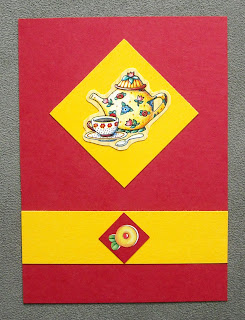 This was the first of two scrap fabric rainbow projects I started over Easter weekend. I couldn't decide how to quilt this one, so the second project got finished first. A couple weeks ago I had run across this shamrock fabric remnant while organizing my fabric scraps. It was originally used for a St. Patrick's Day ornament for my grandma, and it lends itself well to rainbows. The back is just plain green and it's only quilted along the top and bottom of the rainbow strip. 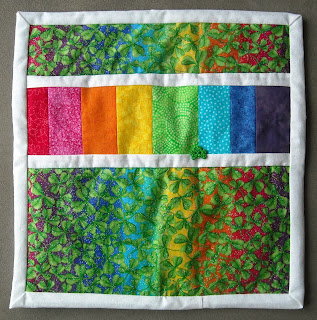 Close up of the sparkly shamrock button: 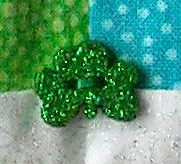 When I made pot holders for Julie, I decided to use up the batting to make some for my mom too. I used the same fabrics that I used for her mug rug. 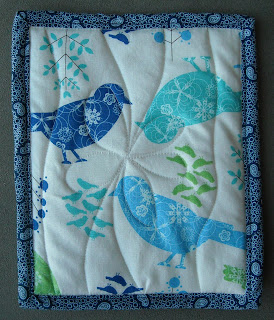 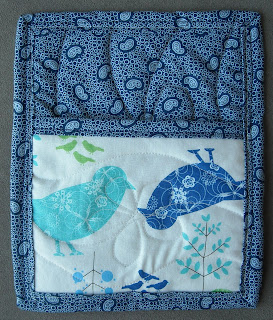 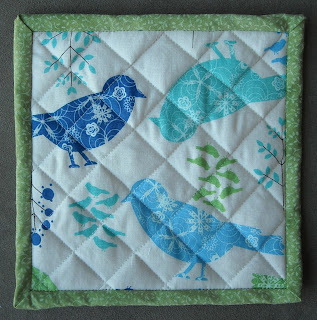 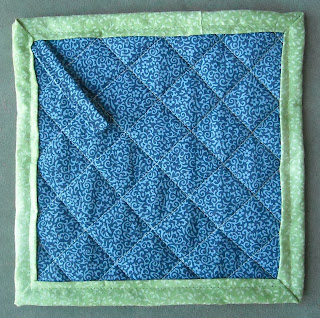 This is actually the second scrap fabric rainbow project I started over Easter weekend. 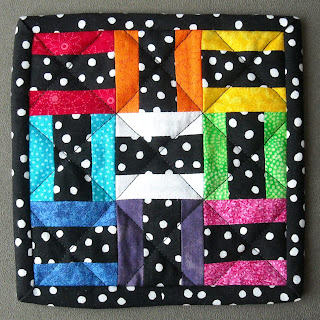 I kind of like the back more. It's not as busy. 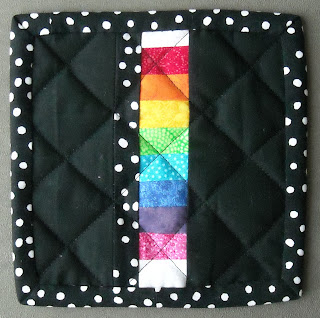 I never thought I could do free motion quilting because I can't lower the feed dogs on my machine. Earlier this year (yes, I've had this machine for 15 years) I discovered I had a raised plate that covered the feed dogs (not pictured here), so in March I ordered a free motion foot. A month later it finally arrived. Zack picked it up for me and when I got home, he had taken apart the pedal of my machine and was trying to figure out where it belonged. I nearly had a heart attack. I told him where it actually belonged and we tried to put it on, but we couldn't figure out how to attach it (I doesn't help that I don't have a manual for my machine). I took it back figuring it was the wrong foot, but the guy at the store called and said it was the right one and to bring in my machine, so I went back and he put it on for me. 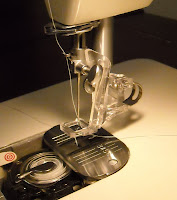 Yesterday I finally made my first attempt at free motion quilting:

It's a bit of a mess. Clearly, I need more practice; especially on controlling my stitch length.

This flower turned out nicely, though with this much quilting you can hardly tell there's any batting: 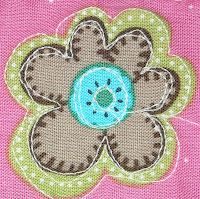 I also took this opportunity to use up left over bobbins, and I had a brilliant brain storm for keeping them organized: 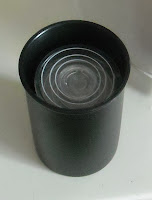 It fits nicely in the drawer of my sewing table and now I don't have to dig through a pile of bobbins trying to find an empty one. I knew saving film canisters would come in handy!
Posted by Sam on Sunday, May 01, 2011 1 comments