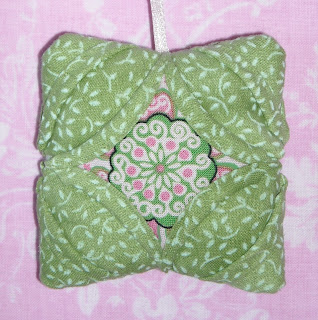 Step 1: Start out with your two Cathedral Window blocks. Refer to the tutorial for instructions. Stitch the points in the center of the blocks in place. 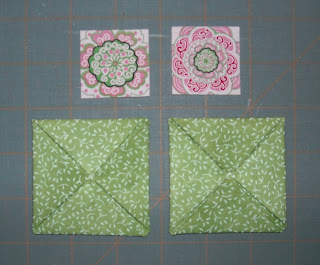 Step 2: Sew the two blocks together. 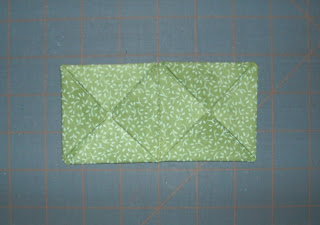 Step 3: Sew in the first window. 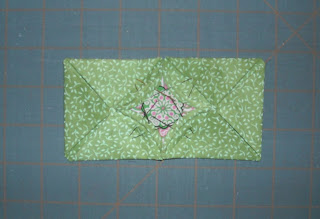 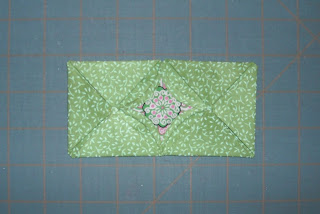 Step 4: Sew open the other flaps, except for the two on each end. This is where the other window will go. 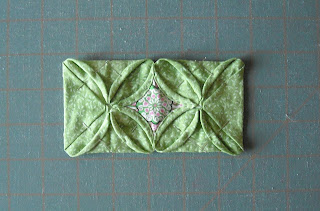 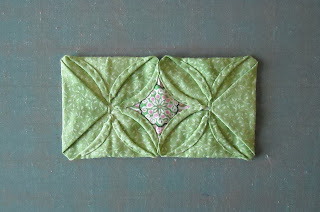 Step 5: Fold in half with the crease on the window. The window should be on the inside of the crease. Sew the edges together at the ends only, leaving an opening. 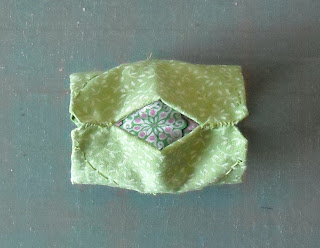 Step 6: Flatten with the opening down the center. Sew one end closed. 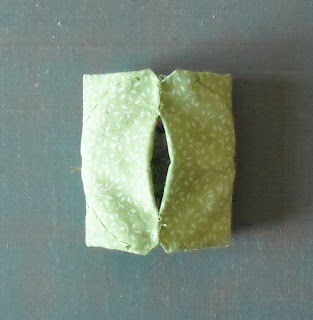 Step 7: Knot your ribbon and insert the loop into the pocket with the knot sticking out. 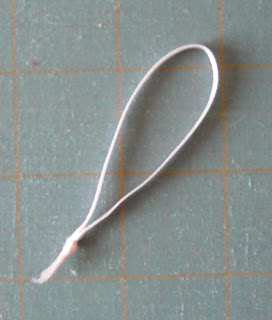 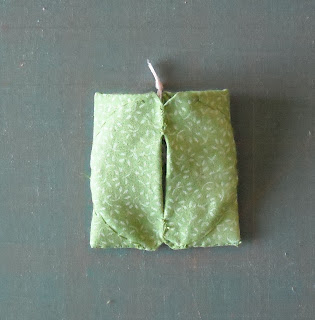 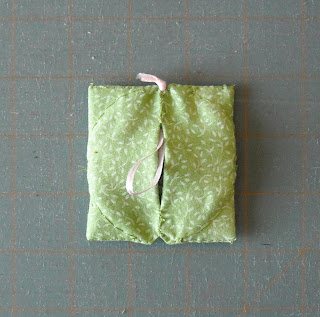 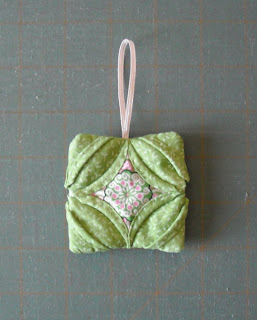 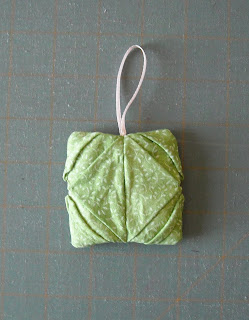 Step 10: Stuff. I used quilt batting cut to just under the size of the square. 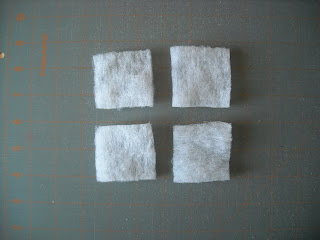 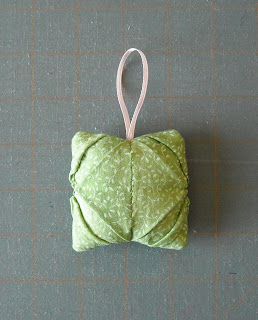 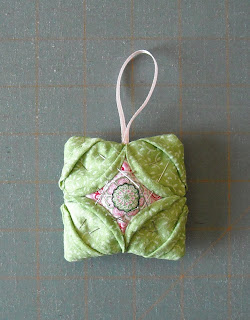 ...and now you're finished! 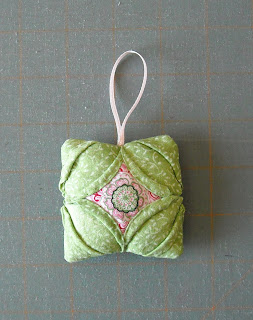